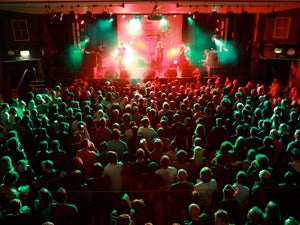 In April 2007, 229 was launched as a dedicated live music and entertainments venue. As a result there has been an overwhelming response from all sections of the music industry and the general public. Aided by Club Fandango’s regular midweek events in Venue 2, championing new talent and some judiciously chosen sell out shows in V1, including Razorlight, Gnarls Barkley, Primal Scream, Biffy Clyro, The Twang and The Duke Spirit, 229 has established itself on the ferociously competitive London venue scene.

This has led to virtually all the leading independent and national promoters hosting shows in the venue and booking future dates. Major technical improvements have been made to the two room, 760 capacity venue including the installation of new live PA systems in both Venue 1 (620 capacity) and Venue 2 (140 pax). In addition £40k has just been spent on new lighting in both rooms.