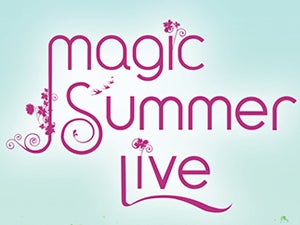 Magic 105.4 and Live Nation are excited to announce that Bryan Adams and Jamiroquai are confirmed as headliners for Magic Summer Live 2013, taking place for the first time in Guildford’s Stoke Park this summer. In what will be their only UK performance this year, Jamiroquai will be taking to the stage on Saturday 13 July and Canadian rock legend Bryan Adams will be performing at the festival on Sunday 14 July. Joining this stellar line up will be James Morrison, Joss Stone, Squeeze, Level 42, Soul II Soul, The Overtones and Kim Wilde.

Bryan Adams, Sunday’s headliner, has sold over 65 million records, toured over six continents and has achieved no.1 status in over 40 countries around the world. Adams’ song writing talent has scaled generations, with hits including “Summer Of ‘69”, “Heaven”, “Please Forgive Me”, and “(Everything I Do) I Do It For You”, which spent 16 weeks at the top of the UK single charts.

Having sold more than 25 million albums worldwide Jamiroquai are one of the UK’s biggest musical exports. The band will take to the Magic Summer Live stage for their only UK performance this year on Saturday 13 July. What marks the 20th anniversary of Emergency On Planet Earth, Jamiroquai will bring their special blend of pop, rock and funky soul to Stoke Park for what is bound to be a very memorable performance. With a career lasting 20 years, Jamiroquai will be taking to the main stage and performing hits including “Virtual Insanity”, “Cosmic Girl”, “Love Foolosophy” and  “Canned Heat”.

Neil Fox, Magic 105.4 Breakfast presenter, says: “This is going to be an amazing weekend. Some of my favourite acts who are all fantastic live, playing at a beautiful new location for Magic Summer Live. Roll on Summer!”

British soul sensation Joss Stone and “Back To Life (However Do You Want Me)” hit makers and two time Grammy award winning Soul II Soul have both been confirmed to perform at the festival on Saturday 13 July. Joining the line-up on Sunday 14 July will be BRIT Award winning singer/songwriter James Morrison, British new wave pop music icons Squeeze, rock & jazz-funk stars Level 42 and the UK’s hottest vocal harmony group The Overtones. Magic 105.4 presenter Kim Wilde will also be joining the Sunday line up and will be performing hits including “Kids in America” and “You Keep Me Hanging On”. Many more artists to be announced soon.

What is already sure to be a highlight of the summer for all the family, Magic Summer Live will host a spectacular array of activities and entertainment on site at Guildford’s Stoke Park. Organisers are keen to ensure that local businesses and talent alike are well served by the event and the festival will showcase some of the best local talent Guildford has to offer. An initiative is currently being put into place to involve as many Guildford local / independent businesses to trade on the site as possible.